Pleasantdale Covenant Church began in the 1920’s, meeting in various homes throughout the town.  In May of 1932, land was given to them and the people came together to build a tiny chapel, most of the materials being donated by caring friends.  Pastors from other area churches gave freely of their time to conduct services, and in 1940 they hired their first paid, part-time pastor.  In 1945, Rev. Alfred Lilljestrand, a Covenant minister from Watervliet, became the first full-time pastor.  The church name was later changed to Pleasantdale Community Church.  The original building was remodeled to become the parsonage and the current structure was built in 1958.  The cornerstone references 1 Kings 9:3, “The Lord said to Him, I have heard the prayer and plea you have made before me; I have consecrated this temple, which you have built, by putting my Name there forever.  My eyes and my heart will always be there”.   During their 75th anniversary service on 11/25/07, Pastor Tyrone Lynch gave a prayer of re-dedication that this house of worship would continue its mission for the glory of God and be used according to His purpose.

As I entered, I took a bulletin and the front cover read, “We being many are ONE bread and ONE body: for we are all partakers of that ONE bread.” (1 Corinthians 10:17)   What an appropriate scripture for my visit!  I was also given the “special” bulletin containing a small sticker of a red heart, which meant that the church members would be praying for me all week.   The hymn “Great is thy Faithfulness” made me feel right at home.  I was expecting to hear only hymns, so I was pleasantly surprised to hear “Lord, You are Good” by Israel Houghton after the opening song.  Following this we also sang “Good, Good Father” and an older short chorus, “We Lift You up as We Bow Down”.  What a delightful variety!

Pastor Tyrone Lynch then approached the pulpit, opening with a most powerful and profound prayer that encompassed so many crucial areas.  As I listened, I could see the heart of this pastor passionately crying out for a lost world.  Pastor Tyrone has been serving as lead pastor here since 2003.  He’s also a full-time Chaplain at the City Mission of Schenectady, where he has served for over 2 decades.  His wife Angie lit up the room with her smile as she addressed the church.  She took an offering for the church, as well as one to support the Gideons International for the distribution of Bibles worldwide.  After she was finished, Pastor Tyrone thanked God for her and shared how he could never carry out her roles as good as she does.  He may be the lead pastor of a church and a full-time Chaplain at a rescue mission, but he is a loving husband and father FIRST.  What a beautiful example this leader sets for others.

His sermon was thought provoking as he spoke on the Year of Jubilee (Leviticus 25:8-13).  During the 50th year celebration there was no more bondage, captives were released, slaves were set free, property was returned to the original owners, debts were forgiven, and all labor ceased for one year.  Some of the benefits of Jubilee included curved inflation, an opportunity for people who were falling on hard times, it gave the land a rest so that it could be restored and be even more fruitful, and, if followed faithfully, they could be a society without poverty.  Jesus Christ has become OUR Jubilee!  He has paid it all and we have been forgiven.  “There is NO condemnation for those who are in Christ Jesus” (Romans 8:1).  God has set us free.  We must keep our eyes on Jesus.  We are living in perilous times, but He will keep us in perfect peace.  Then my favorite part of the service … taking communion with this family of believers.   The organist played a hymn as we broke bread together.   God’s love permeated this place as I remembered and thanked God for all He has done.

Later that day, I recalled the cornerstone of the building and its reference to 1 Kings … “My Eyes and My Heart will always be there”.  Truly this was a prophetic word etched in stone more than 60 years ago when this House of God was first erected.  He was here then and He is here now, shining His love through the people.   And although this cornerstone is what supports the physical structure of the building, Jesus Christ is the chief cornerstone!   “In Him the whole building is joined together and rises to become a holy temple in the Lord.” (Ephesians 2:21 NIV)

Sunday Services are at 10:30 am (July 1 – Labor Day @ 10am), with Bible Study preceding at 9:30 am.  On Wednesday evenings at 7:30 pm they hold an intercessory prayer meeting.  The family at Pleasantdale Community Church invites you to come and hear the good news of what God has done and continues to do in our lives.  He is our Jubilee! 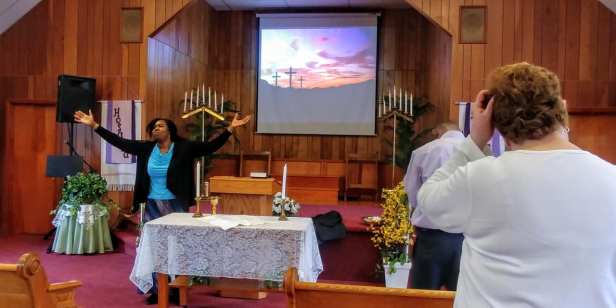 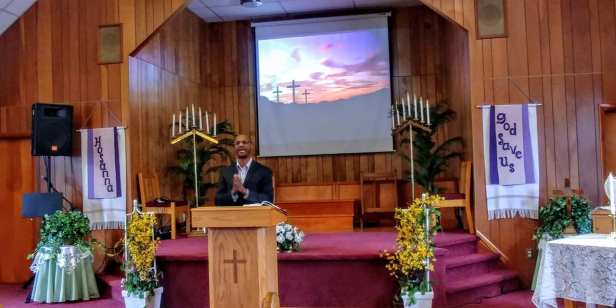