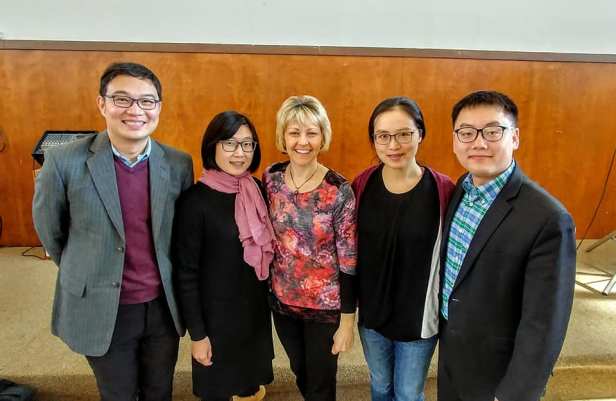 I had driven by this church so many times when traveling on Balltown Road in Schenectady.  Honestly, I never gave much thought about visiting here.  Perhaps the Chinese letters on their church sign deterred me, making me think I wouldn’t fit in.  Or maybe it was because I thought I wouldn’t understand anything they were saying.  When my friend Brian Lee recently invited me, I decided to attend both the 9:30 am Chinese service and the 11:00 am English service.  I knew God was calling me to go, possibly to break down some of the misconceptions and stereotypes still held in my own mind.

The Chinese service, which is held in their beautiful main sanctuary, began with a worship team consisting of a very talented young woman on the piano, a gifted female drummer and several vocalists.  The melodies were unfamiliar, yet breathtaking.  When I first walked in, I was simply overwhelmed to such a degree that it is difficult to express in words.  God’s family is diverse and so much more than we see in our individual churches from week to week.  Though I didn’t understand what they were singing, other than the occasional “Hallelujah”, I sensed the presence of God in such a new and unique way.  Today I broke through what I once thought was a cultural barrier.  There should be NO divisions in the Body of Christ … His love is universal. 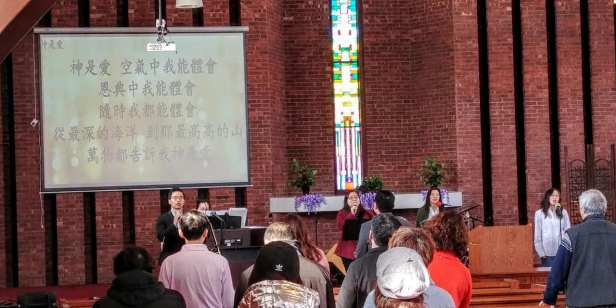 Pastor James Su leads the Chinese services.  Pastor James was born in Taiwan, moving to South Africa at the age of 11.  In 2013, he attended seminary school in Dallas, Texas.  Then God lead him to Schenectady just a few years ago.  His message was brought forth with such passion.  So badly I longed to be able to know what he was saying.  I couldn’t understand the words, but this enabled me to see more deeply into the hearts of the people.  During the meet and greet portion of the service a woman approached me.  She simply yet profoundly stated, “Jesus Loves You”.  This truly was all I needed to understand.  Pastor James told me later that his message was based on Ephesians 3:14-21 and was entitled “Knowing True Love”. 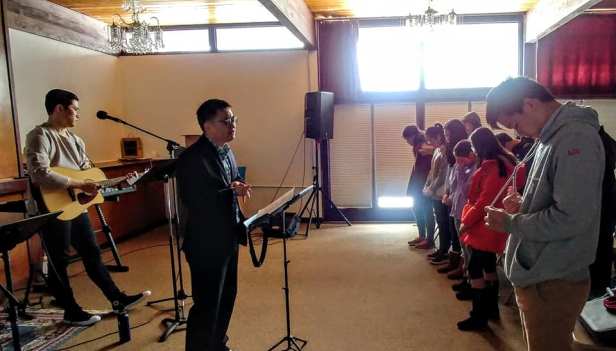 The 11:00 English service was led by Pastor Andrew Luo.  Held in the fellowship room, it had more of an informal, modern feel.  There were all young believers here, some in their teens.  The music was contemporary worship and the songs were all familiar to me.  It was such a contrast to the earlier, traditional Chinese service.  Pastor Andrew gave me the great honor of introducing myself and I was welcomed as a sister in Christ.  His message was entitled “The World’s Not Fair”, basing it on Genesis 37:1-11.  Joseph came from a dysfunctional family.  Joseph’s brothers were jealous of him because they focused on what they lacked.  The world is broken and not always fair.  So often we feel the world is not fair AGAINST us.  We are sensitive to what we lack and not sensitive to the blessings we have.  Joseph’s brothers fixated on the fact that Joseph was more loved than they were.  If we fixate on how life is unfair to us, peace and joy will be lacking in our lives.  How can we see life differently?  Let’s consider the unfairness of Jesus on the cross.  Jesus on the cross is SO NOT FAIR, but in our favor!  As we focus on Jesus, we will fixate less on what we lack.

This is truly a family church, with such a perfect balance between older and younger.  Following the services each week they have fellowship over a delicious, home-cooked meal.  My lunch included pork, rice, noodles and Chinese vegetable.  Every week they  have a different group of women volunteer to cook and serve.  They obviously love to fellowship here, standing true to their church name!  Youth fellowship is held on Fridays at 7:30 pm, and there is a strong emphasis on small groups, meeting at various locations throughout the week.

Chinese Fellowship Bible Church began 13 years ago through a small group that was held across the street from their current location, at Trinity Baptist Church.  Pastor Chang was the founding pastor, serving until 2017.  He still resides locally, traveling to other Chinese churches to help them become established.  The Chinese service is at 9:30 am, immediately followed by the 11 am English service.  With only two Chinese churches in the Capital Region, let’s reach out to them and let them know that “Jesus loves them” and so do we!  It’s truly all we really need to understand. 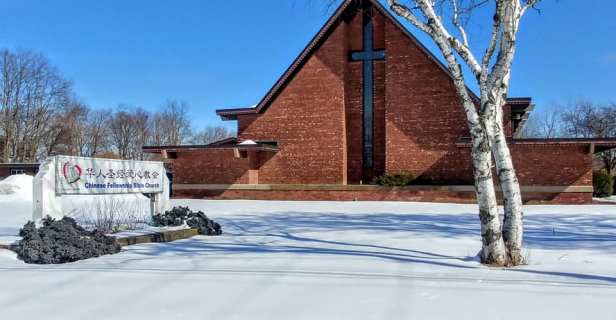 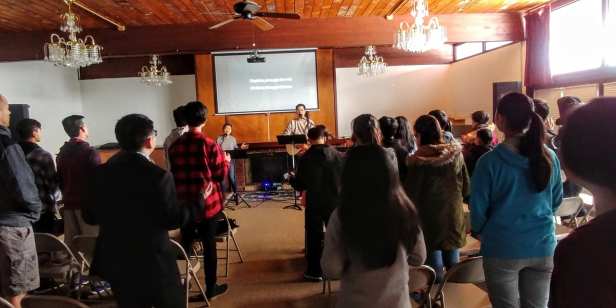 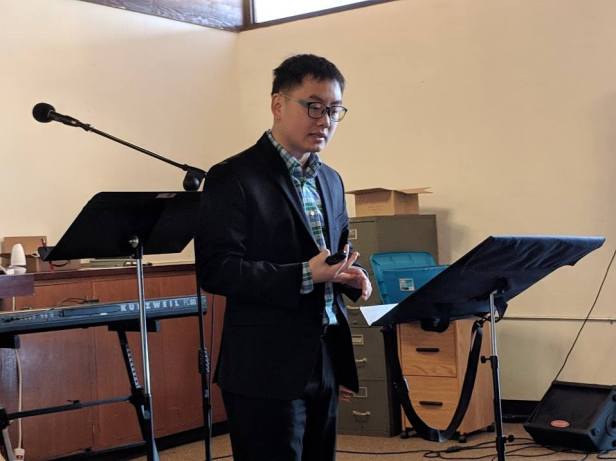 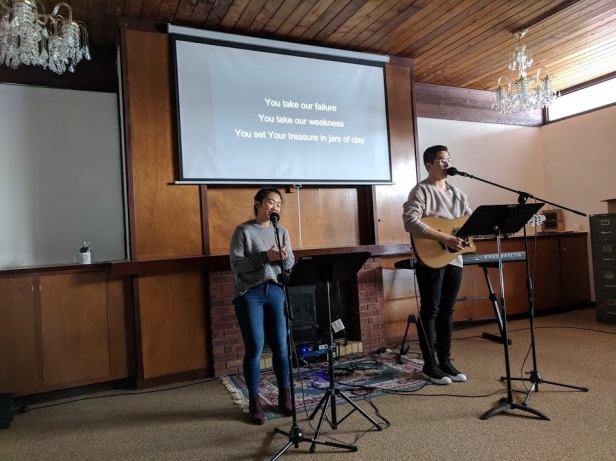 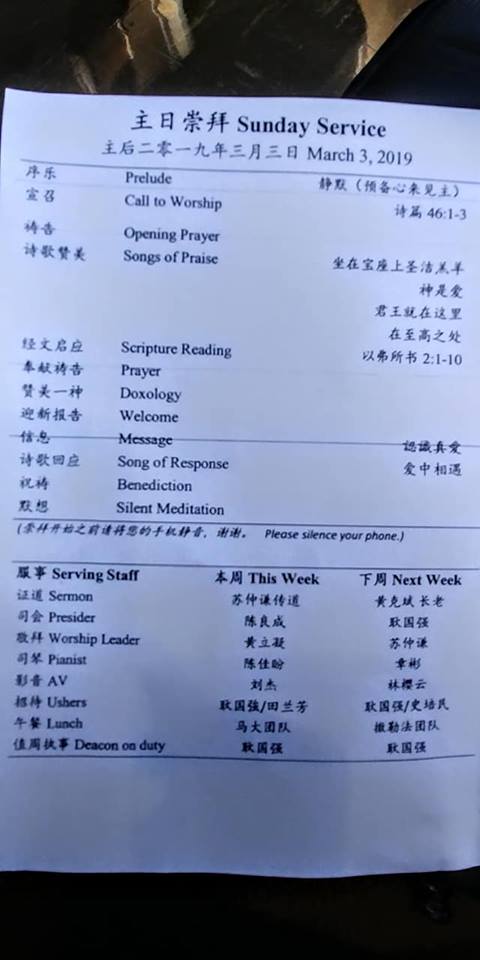