I had the wonderful privilege to visit Sonrise Bible Church at the invitation of senior Pastor Andrew Hart. I was unfamiliar with this church, so I did a little research beforehand online. I found out that this body of believers has been meeting for over 40 years, having been established in 1975. Sonrise was originally pastored by Bob Hart who in 2015 was succeeded by his son, the present senior Pastor Andrew Hart.  Pastor Bob evidently did an excellent job discipling and training his son to follow in his footsteps because I was in for quite a treat that morning. This man of God was seasoned and matured far beyond his years. I also noticed that he was well connected in the community, having had Mike Saccocio (Executive Director, Schenectady Mission), and other pastors in the Region speak there on occasion.

While driving, for some reason, I imagined a small facility with a modest sized congregation. Shame on me again for presuming! Much to my delight, the church building was enormous with a congregation of a couple of hundred souls. The worship music was exceptional. The arrangements may have been contemporary, but both the music and the message preached that morning echoed what God has been speaking in almost every church I journey to…”LOVE and UNITY”. Pastor Andrew had my complete and undivided attention. After the music and announcements, he welcomed everyone and then began his message entitled, “I Love My Church” as he sat comfortably at a tall café table. I noticed a large population of teens, as well as many senior citizens, all intently listening to him speak. When God has anointed a man and a message, the hearts of young and old alike can’t help but pay complete attention.

He began with a little humor by mentioning several places we don’t like going to, but sometimes must. He showed a picture of the dentist office and how most people strongly dislike going there. Laughter filled the room as he mentioned having to reluctantly go to his dentist the very next day. Then on the screen appeared a picture of a church building. He said that it is sad that most people in the world don’t like going there, and many Christians only go because they feel they HAVE to. Church should be a place we go because we LOVE to.  Church is the people and we need to learn to love people. The Church is a gift from God we need to engage in. Love is not optional, and it is not passive either. We should long to come together and sharpen one another.

As Pastor Andrew continued to talk about love, I realized that this is the kairos word “NOW WORD” being preached everywhere. It’s a consistent message I’ve been hearing on all my journeys. Getting back to the basics of “LOVE and UNITY” is what God is calling us to do. Pastor Andrew then encouraged the congregation to build TRUE relationships with one another, beyond just knowing a face or a name. But I think what I loved the most about his message was the way he engaged the congregation to follow through. Starting the next Sunday they are going to have mingle time after church. He challenged everyone to connect with people they didn’t know. Then he asked for all to pray that God would deepen their love for their church and to put God’s love into practice.

Following the service I had an old friend introduce me to several members of the congregation. I had many wonderful discussions and got to know some people. I realized then we were putting LOVE into practice.

Pastor Andrew took a large portion of time to take me for a tour of this amazing facility. He showed me the balcony to accommodate anticipated church growth. From the fireplace room, to the Junior Church, to the nursery rooms, to the construction of a men’s fellowship room, this place seemed to be filled with lots of space and lots of vision. Pastor Andrew’s love for his church was apparent and it permeated the entire building. Andrew also had a meeting that week to gather other pastors of the region because of his heart for body unity. This is because of his LOVE for the entire CHURCH.

Sonrise Bible Church has a lot to offer – a men’s group that meets on Saturday’s at 8am, Wednesday evening groups at 7pm, prayer groups on Sunday mornings prior to service, anointed worship music, deep messages that apply to your life, and many ways to connect and become involved with the body of believers. You won’t come to Sonrise because you have to. You will come to Sonrise because you love to. I promise you, this is so much better than going to the dentist! 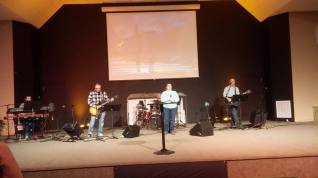 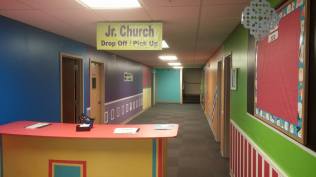 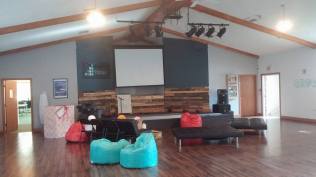 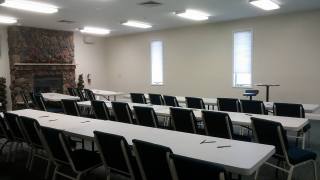